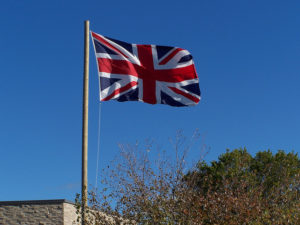 On June 23, 2016, a referendum will be held in Britain to decide whether or not Britain should leave or remain in the European Union (EU). In the event of a majority voting for a “leave” (“Brexit“, a portmanteau combining the words “Britain” and “exit”) Britain will leave the European Union in accordance with Art. 50 (2) Treaty on European Union within a time period of two years.

A Brexit would have considerable consequences for the harmonization process of European intellectual property right. The main effects and implications of a Brexit may be summarized as follows:

The Council Regulation (EC) No. 207/2009, the EU regulation that govern the European Union trademark (EU trademark), would cease to have effect in Britain in case of a Brexit. Proprietors and applicants of EU trademarks would have to convert their EU trademarks into national trademarks by way of a conversion under Art. 112 to 114 of the regulation. Alternatively, they may choose to let their trademark right in Britain become abandoned.

Moreover, Britain could no longer be designated in a community trademark application and in an application for a registered community design.

A unitary patent (European  patent with unitary effect, EPUE) issued by the European Patent Office would have no effect in Britain after a Brexit. For the establishment of the Unified Patent Court (UPC) two scenarios are possible. First, the UPC may be established without Britain. The Court of First Instance will have no thematic section in London. However, the thematic section of the Court of First Instance could be built up in a different city. Second, the road map for the establishment of the UPC may be hindered or delayed in case of a Brexit.

For the establishment of the UPC, it is necessary that out of 25 participating countries at least 13 countries ratify the convention, including France, Germany and Britain as the three countries with the most European patent validations in 2012. Since Italy was the country with the fourth highest number of European patents, Italy would move up to the position of the three sine-qua-none participating countries. However, Italy has so far made no effort in the implementation of the convention into national law. An addendum to the convention would therefore be required. It is very likely, that the road map for the establishment of the UPC will be delayed in case of a Brexit.

For European patents and European patent applications without unitary effect, a Brexit would have no impact, since Britain would remain a member state of the European Patent Convention (EPC).

Existing patent and trademark license agreements should be checked for a possible impact of a Brexit. If an “accidental” change of the license area is not explicitly regulated in an agreement, the will of the parties would have to be determined by supplementary interpretation of the agreement.

4. Impact on the Exhaustion of IP Rights

If the British citizens voted for a Brexit, existing pan-European exhaustion regimes may have to be modified.

Under current law, IP rights are exhausted once goods are put on the market within the territory of the EU or the European Economic Area (EEA) with the owner`s consent. After a Brexit, however, a patent proprietor may once again have the possiblity to prohibit the import from Britain to Europe or from Europe to Britian of goods marked with a trademark or protected by a patent.

For reasons of grandfathering, IP rights that have already been exhausted should continue to be exhausted even after a Brexit. However, for non-exhausted rights the legal situation may be different.

In the interests of patent and trademark proprietors, comprehensive transitional arrangements should be worked out by European and British legislators in a timely manner, in order to ensure that existing and future property rights will not cease to have effect in and for Britain in case of a Brexit.

Other procedural changes are of secondary importance for the proprietor of IP rights. After a Brexit, Britain would have no representatives in the European Parliament or in the European Council. Moreover, no British judge would contribute to EU law in the Court of Justice of the European Union (CJEU). The established and future EU legislation and case law would inevitably be affected by a Brexit.

In our view, it would be desirable and in the interests of applicants and proprietors of IP rights if comprehensive transitional arrangements were negotiated by the European and British legislators in case of a Brexit, in order to enhance the legal certainty for all market participants. A delay or a refusal of such negotiations by the EU – with the open or hidden intention to make a deterring example of a country daring to choose to exit the EU – would be counterproductive.

Existing rules of the European Economic Area (EEA), the European Free Trade Association (EFTA) and the World Trade Organization (WTO) may be used for this purpose and, if necessary, adapted to the situation, as already proposed in an interview by the former British Foreign Secretary Lord David Owen.