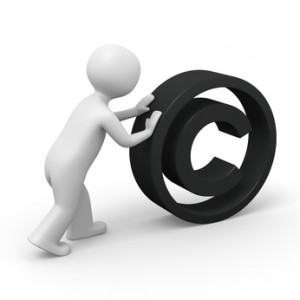 A trademark filed in black and white or grayscale is only considered to be identical to a colored mark if the differences are so insignificant that they would not be noticed by the relevant public. An insignificant difference will be assumed, if the average consumer would notice the difference only upon side by side examination of the trademarks.

The change in practice will have implications for priority claims, in opposition proceedings and with regard to the question of use preserving the right to use the trademark. According to the OHIM’s announcement, infringement issues remain unaffected. Also, the practice will not affect the use of marks in color for the purposes of acquired distinctiveness, the assessment of similarities of colors and the colors marks per se.

A black and white trademark will only be considered identical to a colored mark or trade mark application, the priority of which is claimed, if the differences are so insignificant that they would not be noticed by the public. This will be an exceptional situation in practice, because the public will usually notice even small differences between trademarks filed in black and white or grayscale and their colored counterparts.

Similarly, when assessing the similarity of black and white marks and a colored version of the same sign, the test in opposition proceedings before the OHIM will be, whether the differences are so insignificant that they would not be noticed by the public. Also in this situation the assessment will be based on the perception of the average consumer.

It should be noted that even in cases where the characters are not identical the trademarks could still be considered similar by the opposition divisions. Similarity between the signs may also give rise to a likelihood of confusion of the marks. Nonetheless, the change in practice will at least in the practice before the trademark offices result in a narrower scope of protection for black and white marks.

Under the current law, the use of a trademark in a different form than the registered form is sufficient, provided that the distinctive character of the mark is not altered. Under the new common practice, a change in color in itself does not change the distinctive character of a trademark registered in black-white for the purpose of use, provided that:

According to our preliminary assessment, black and white trademarks that had been registered for more than 5 years are now exposed to an increased risk of being revoked due to non-use, if a use of the sign can only be substantiated by the proprietor for the colored version of the sign.